A Troublesome Termite Trio: 3 Termite Types That Can Damage Your Home

Australia has many pests that can strike fear into the hearts of Australian homeowners. But of all Australian pests, the termite is by far the most destructive. And that's why termite control costs Australia one billion dollars a year. Unfortunately, three types of termites can attack and damage your home: the dampwood termite, the drywood termite and the subterranean termite.

As a homeowner, you can protect your home from termites by getting to know the different types.

Dampwood termites enjoy feasting on damp wood. This type of termite also builds its colonies in sources of damp wood, such as rotting tree stumps, logs and anything damp and wooden that is in contact with the soil.

Of the three types of termites that could attack your home, dampwood termites are the least likely to invade because, in most cases, your home won't have an abundant supply of damp wood for dampwood termites to feast on. As such, if you find dampwood termites living in a log or stump in your yard, you don't necessarily need to arrange for termite extermination.

As long as you keep your home dry, dampwood termites won't attack. Dampwood termites don't build their colonies in the soil or in mud tunnels, unlike subterranean termites.

Drywood termites have small colonies like the dampwood termite, usually of about several thousand termites. Because drywood termites spend their entire lives inside wood, they can be difficult to spot.

Dampwood termites need a source of damp wood that is in contact with the ground. Drywood termites need wood with an access point. Subterranean termites on other hand are far more destructive because they can build mud tunnels above the ground that help them to reach wood sources. Because of their ability to build mud tunnels and their huge colonies, subterranean termites are difficult to exterminate.

Have you seen evidence of termites on your property? Then consider calling a termite extermination service before those termites take an interest in your home. 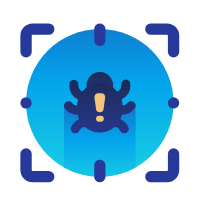 No one wants to work in an office or to live in a home which is infested with pests. Not only can pests creep and freak you out, they can also pose a serious risk to your health. This blog has been set up to provide you with all the info you need to successfully prevent infestations of pests. I'm not a pest control contractor but I have done plenty of research into this topic. I have watched countless hours of instructional videos and listened to podcasts. I have also read many articles. Thank you for checking out this blog.

Three Critical Reasons Why Your DIY Termite Treatment Methods are Failing
16 January 2023
Termites are aggressive pests that can cause significant damage to a home if left unchecked. These wood-destroying insects can cause costly damage to …

How Can You Deal with a Bedbug Infestation?
21 July 2022
If you think you have a problem with bedbugs, you will be looking for a quick and effective fix. You may wonder how this infestation came to be and ma …

Dealing With Spider Infestations: A Guide
11 February 2022
If you're like most people, you probably don't enjoy finding spiders in your home. While most spiders aren't harmful, they can be creepy and challengi …